Recently I stumbled upon a new project from the team over at Hashicorp called Otto. It appears to be a Vagrant 2.0 of sorts that supports both preconfigured development environments and deployment automation.

Otto appears to wrap other services such as Vagrant and Terraform to create a relatively seamless development and deployment experience.

One of the frustrating parts of automating back-end applications can be handling micro service logistics. Otto simplifies the handling of micro services. Pretty much every application I currently work with has some sort of service dependency such as Redis, Amazon SQS etc. Per the docs, "Otto automatically fetches dependencies, detects conflicts, and installs and configures these dependencies for development and deployment".

I'll be posting a follow up after I'm able to tinker with Otto a bit more. 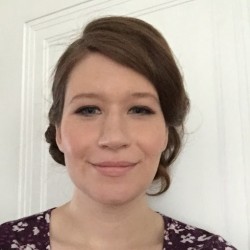 Jessica is a software engineer and technologist who loves solves solving problems big and small. She serves as CTO at PawnGuru, a fintech startup based in Ann Arbor, MI. When she isn't tinkering with technology, she can be found stomping around Michigan in search or antiques, playing with her children and seeking out new experiences.